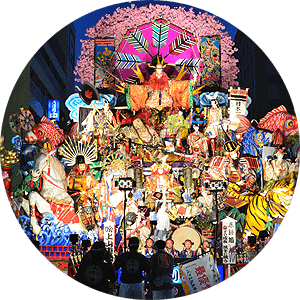 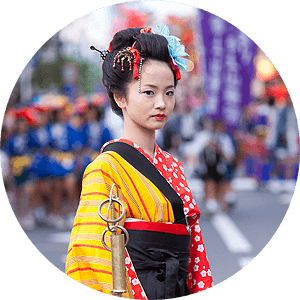 The Hachinohe Sansha Taisai (Three-Shrine Festival) is held every year for 5 days from July 31st to August 4th.

During the first night of the festival, illuminated stationary festival floats line the streets of downtown Hachinohe and the front of city hall. Each float is accompanied by its own hayashi or band of traditional instrument players, whose energetic music starts the festival off with a bang! 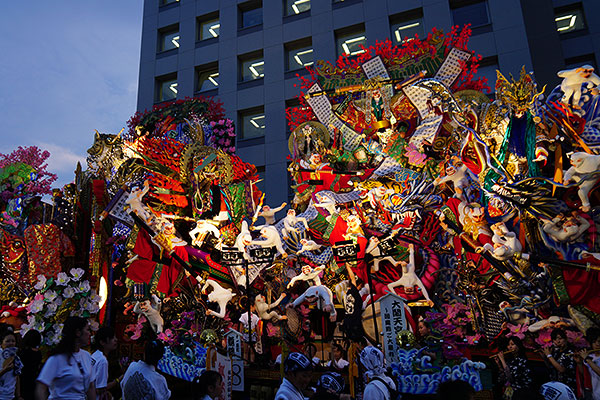 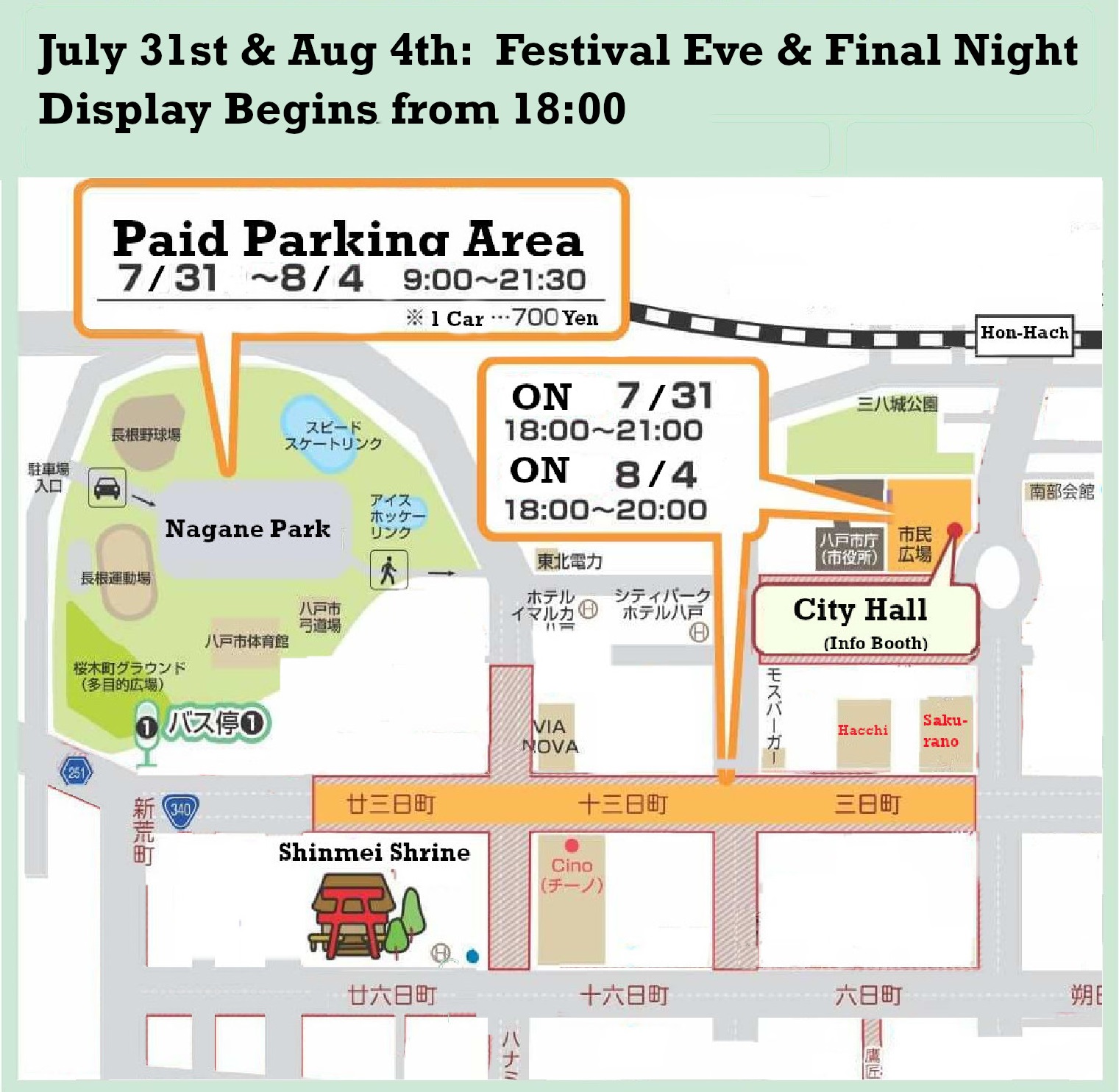 Click here to view a map of the festival eve area

The Parade of Omikoshi (portable shrines) and Festival Floats Begins

On Aug 1 the streets of downtown Hachinohe are filled with a festival procession that includes omikoshi (portable shrines), tiger dancers, kagura performers, gorgeous festival floats, and more! This lively and colorful parade winds its way through the streets to the excited shouts and cheers of the onlooking crowd. 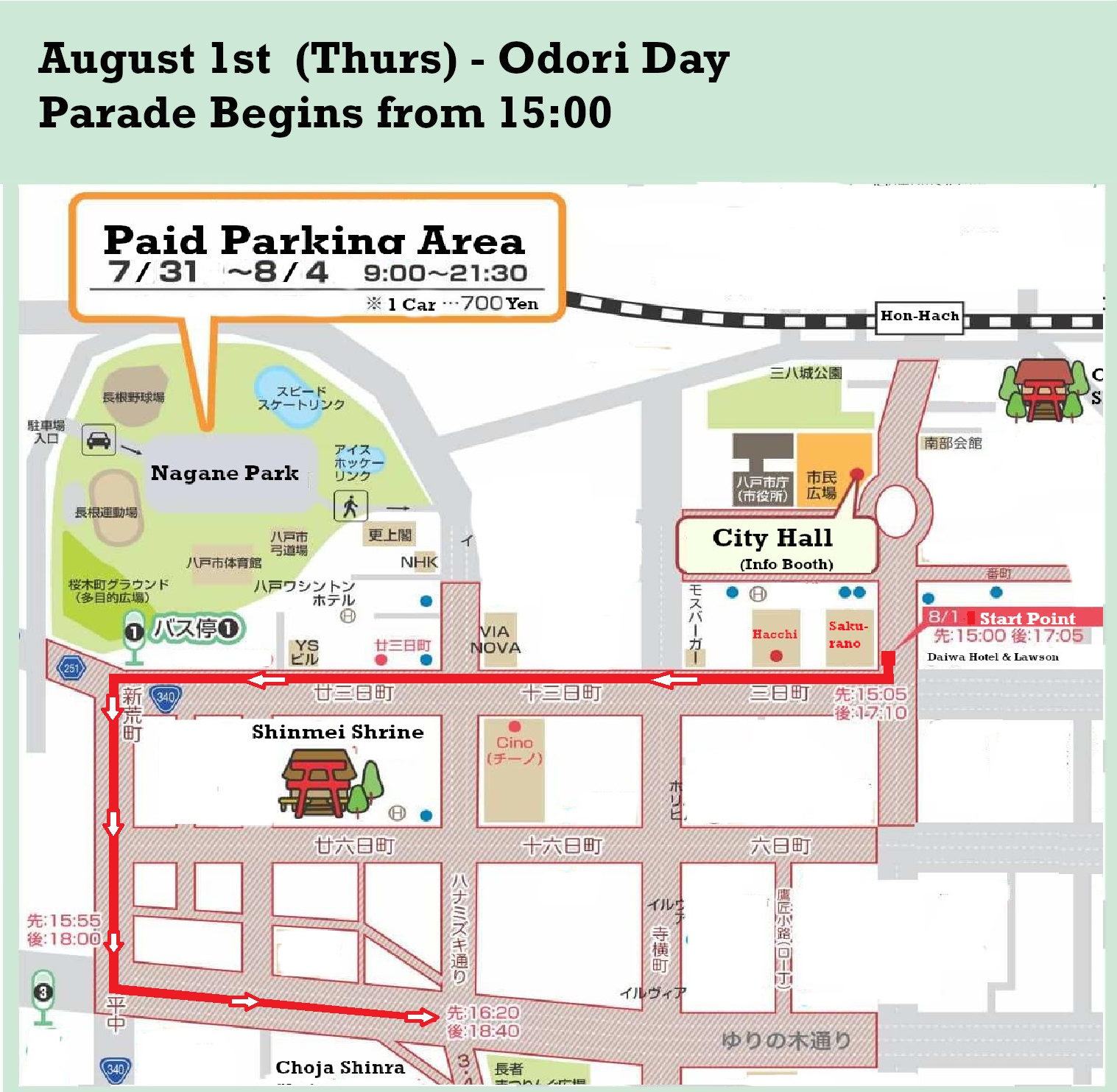 Click here for a map of the Otori day’s route

Kagami-style Japanese polo (kiba dakyu) is an important piece of cultural heritage that is currently only performed in 3 places in all of Japan. During the afternoon of Aug 2 people have the chance to watch this unique tradition take place on the grounds of the Choja Shinra Shrine. 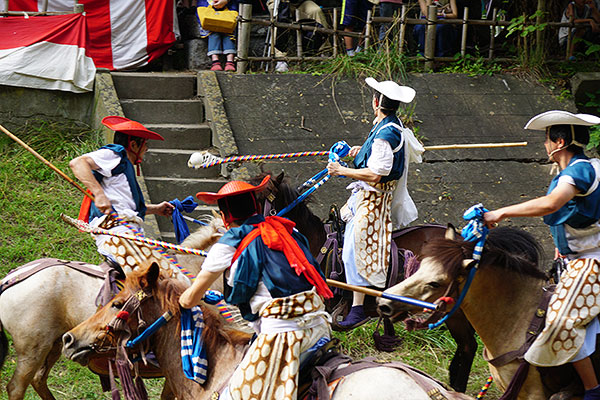 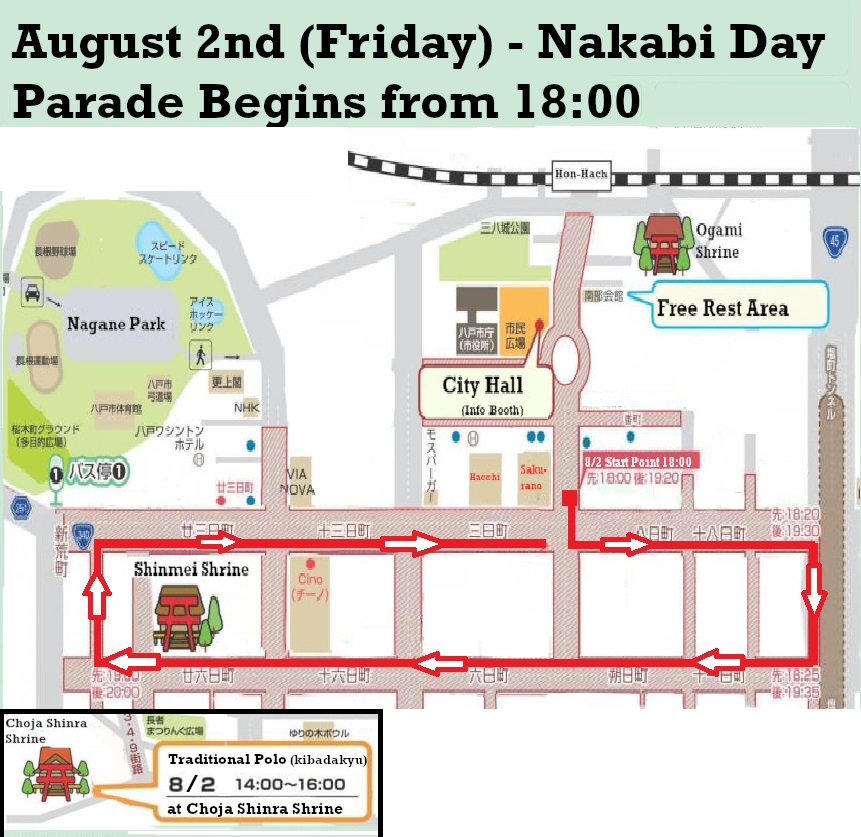 On August 2, the parade is held from dusk to dark. Watch as the summer night sky is decorated with a parade of elaborately decorated and beautifully illuminated floats. 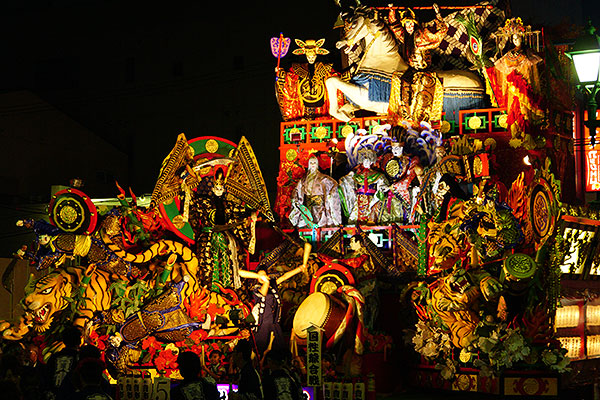 The Parade of Omikoshi (portable shrines) and Festival Floats Ends

Using a different route from Aug 1st, the shrine procession and floats will be pulled through the downtown area of Hachinohe, bringing the festival to its climax. 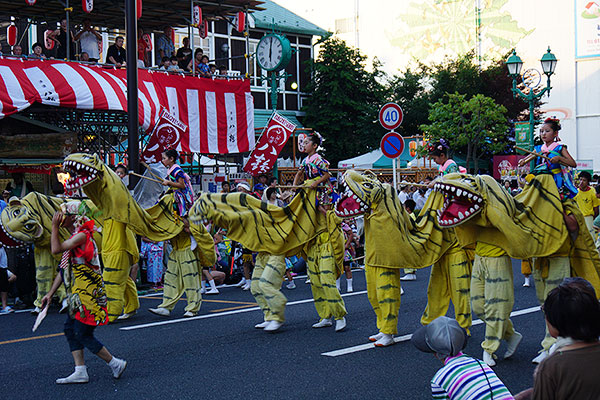 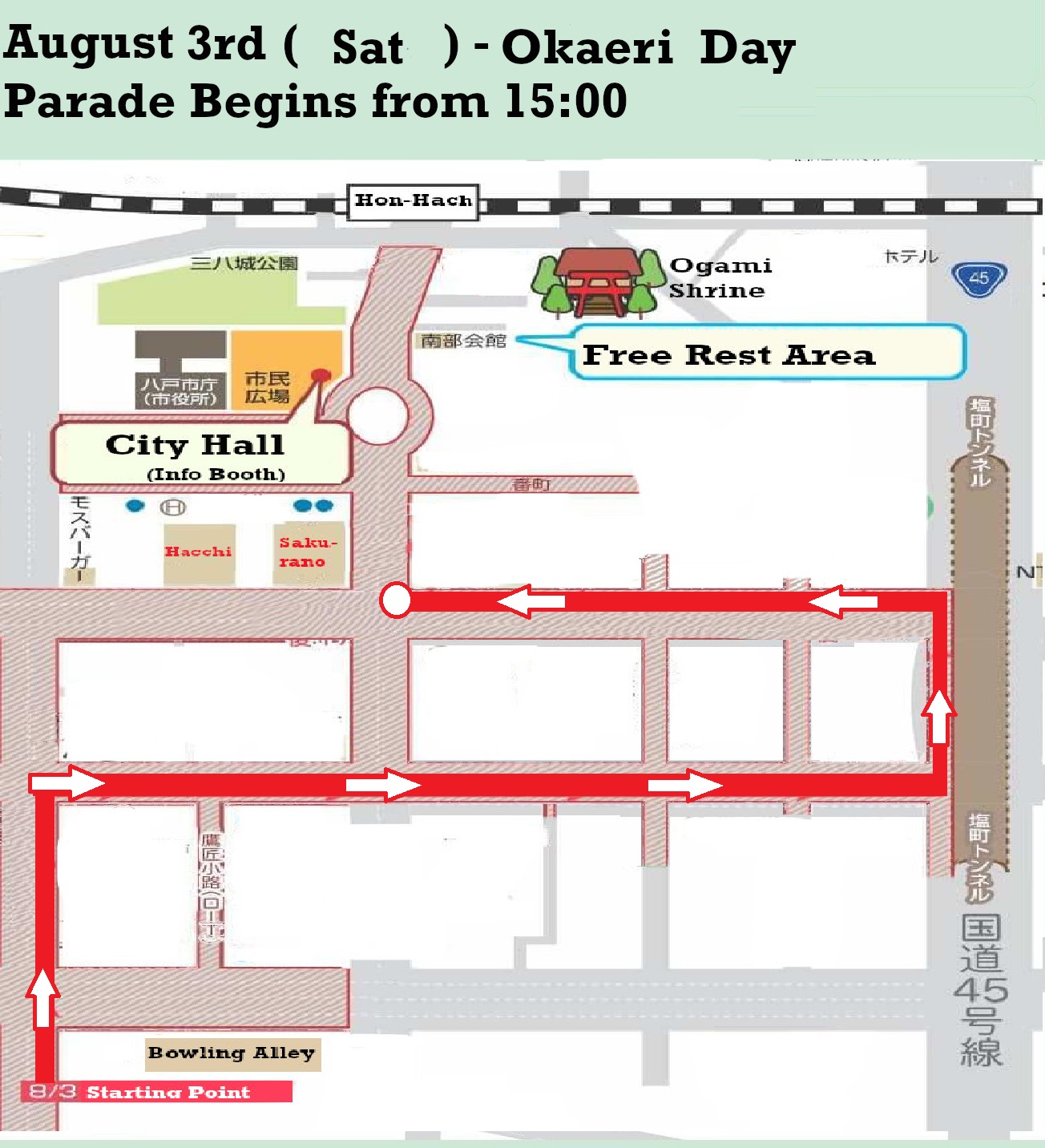 Click to view a map of the Okaeri day’s route

August 4 (Sunday) The Last Day of the Festival

Dazzling Floats & Thrilling Music Bring the Festival to a Close

Illuminated floats are displayed again in the downtown area and in front of city hall. Because this is the last day of the festival, the bands or hayashi of the floats play with abandon to bring the festival to electrifying close. 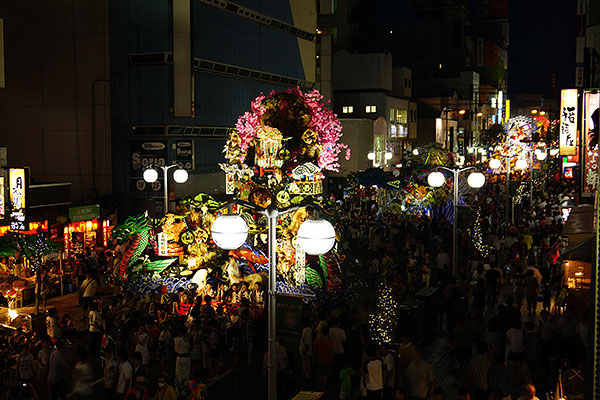 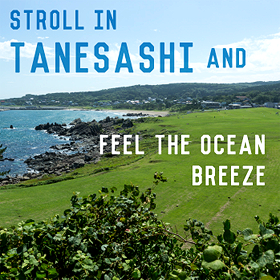 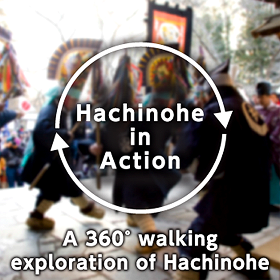